The Book of Veles

The story behind the Magnum-book 'The Book of Veles' is unbelievable. It's a stark warning not to believe everything you see.

Photographer Jonas Bendiksen explains in an article the different bits of misinformation that he incorporated in his book. The city of Veles exists. The disinformation farms existed too. And there was once a Book of Veles written. But all this existing information is mixed with non-existent information for an art project critical about contemporary media.

In the interview, Bendiksen unravel the different layers of misinformation: * The photos are real, but the people in the photos are digitally designed avatars, * The original Book of Veles exists, but it's a fantasy of two writers, * The texts in the book are written by text robots fed with articles on the fake news industry in Veles, quotes from interviews and the ancient Book of Veles, * The person acting against the book was a fake Facebook and Twitter-account.

It's an interesting read. A read that makes you think “What is real, and what is not?”. 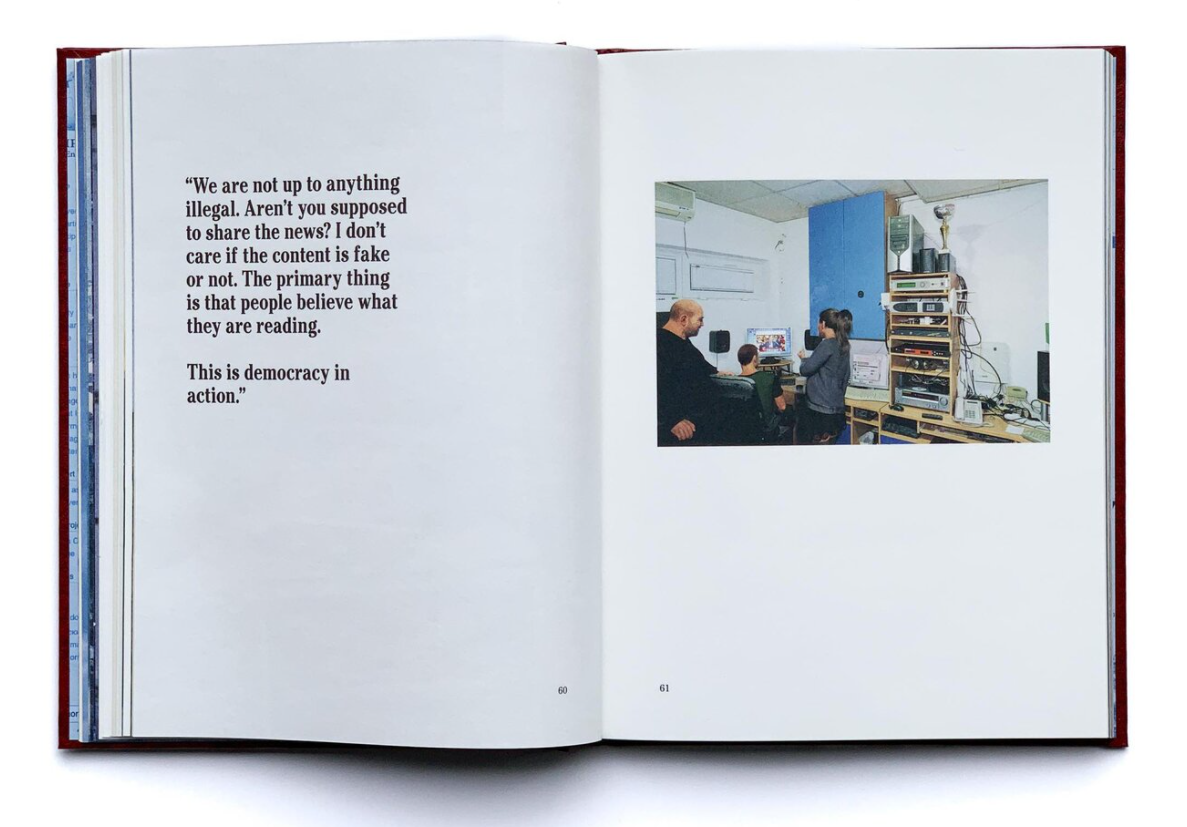